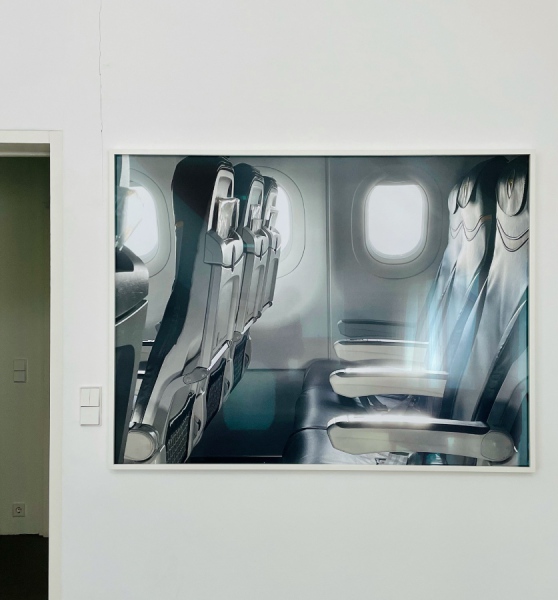 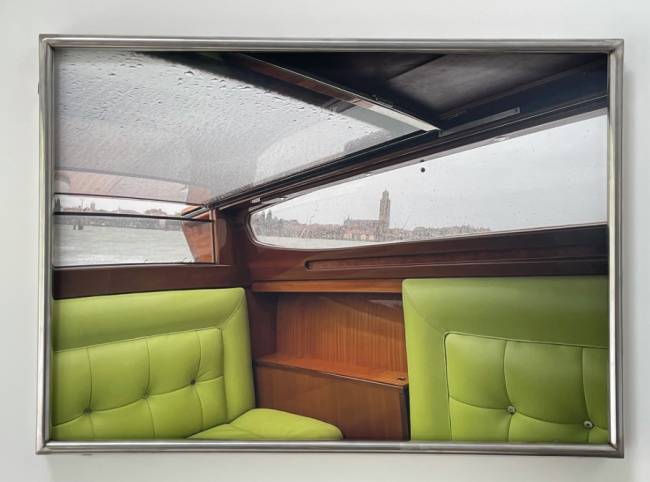 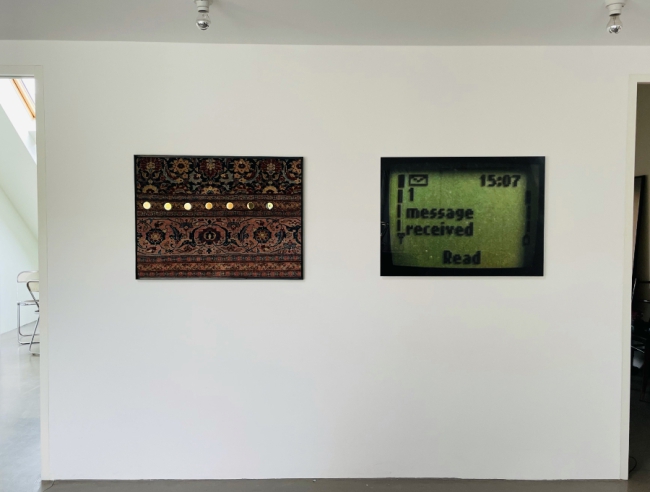 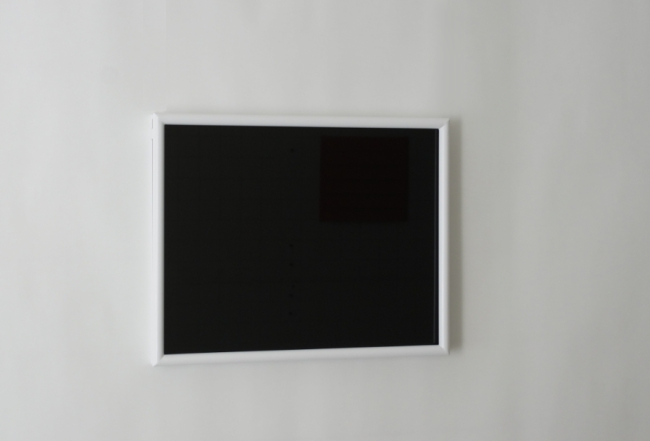 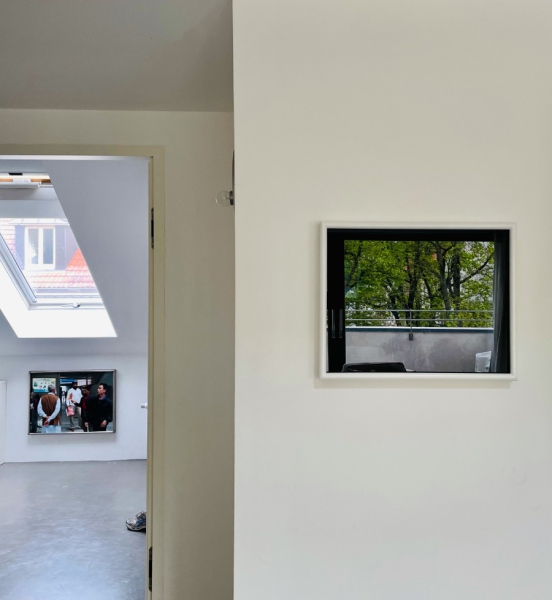 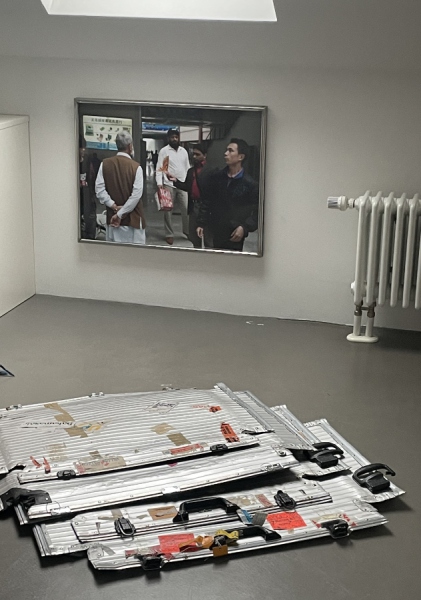 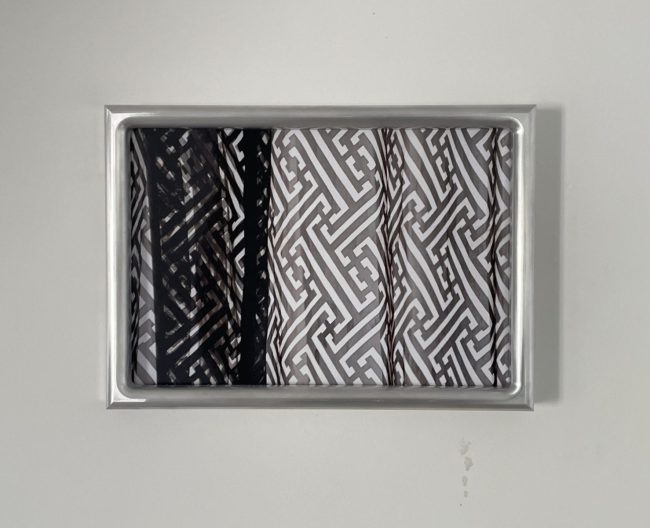 The exhibition "Pteropus giganteus" by Valerie Stahl von Stromberg comprises mainly new photographs that are part of an ongoing series. Since 2009 there has been the National Geographic Art series with references to animal, travel or scientific photography. „National Geographic Photography Art (Pteropus giganteus I)“ shows the largest flying fox on earth, it lives in Sri Lanka and has a wingspan of 112 cm, at 6:30 a.m., set against the canopy of the sky, or, more precisely, against the light of dawn.
There are other surfaces in the exhibition: window planes, seating surfaces, ornamental spaces, a screen, glass. What they have in common is that they are cut out fragements and thus, on a formal level, refer to a condition of photography. Moreover, they can be viewed as abstractions, close to painting and its pictorial means, based on an understanding of assimilation, synthesis and the aim to reveal something. „Transformation Plate (V)“ deploys the cut piece of a Tabriz carpet that the artist's father brought as a roll to Cologne in 1945 when fleeing East Germany. The finished series will include all carpet parts. The work is not just a narration about taking or holding on to things, but it owes its effect to the prototype processing and odd spatialization that result from its fixation and edging with gilded buttons and an iPhone camera.
In the photograph „Non-Algo series 103 (Yiwu Market, China)“ in particular, the depiction of a moment is apparent. The moment, in contrast to a term, has its own meaning for each person. It can be picked up by algorithms, but the result remains dysfunctional. (Its counterpart, almost as if teasing AI, might be the suitcase "Dans tes bras".) Non-Algo discloses the artist's photographic origins that refer to Henri Cartier-Bresson and his “photography of the decisive moment“. In many of the works though, the image doesn’t just contain the relationship with people, it relies on the human gaze as an agreement that arises out of the encounter with it. The assumption that every photography suggests a thought that is inseparable from it -- I look at the picture of an empty airplane and fly alone into the sky.